Saturday I attended an online meeting of the Atlanta Writers Club, an organization that predates the last pandemic and is rolling with the punches during this one. Sadly, another much-loved Atlanta event has gone dark: a monthly jam session for singers, including my wife. A bandstand plus a roomful of vocalists and fans is beyond social distancing, and Zoom can’t fill the void. My wife misses working with fine local musicians; I miss hearing her sing the jazz standards we both love. No one else ever dedicated “My Funny Valentine” to me.

Even without the jam, we had a perfect spring day, the kind that’s becoming rare as climate change pushes winter closer to summer. The mercury topped out at around 80 degrees with no humidity and scarcely a cloud in sight. The breeze filled the living room with the sweet, lush fragrance of honeysuckles, which Fats Waller immortalized in “Honeysuckle Rose,” and are like nothing else, anywhere.

It was a day to sit back, savor what we still have, and rest our souls for tomorrow. I’m not the spiritual type but I gotta tell ya, boychik, Ram Dass was onto something when he said, “Be here now.” Where else can I go? Take care, be here, and be safe.

I’ve hardly been out of the condo for three weeks. Except for my wife, my last offline human interaction was five days ago with a grocery clerk. Every time I wash my hands, which is often, I feel like Lady MacBeth: “Out, damned spot! Out, I say!” But I know I’m one of the lucky ones and hope everyone understands that yes, we are in this together.

The notion of a common enemy and shared sacrifice is simply foreign to most people in this country. Though the Cold War could have wiped out the world if it turned hot, and a few hard-core preppers even built their own fallout shelters, it generally didn’t affect daily life. Vietnam turned us against each other. Some compared 9/11 to Pearl Harbor, but except for the armed forces and their families, most people didn’t need to do much except take their shoes off at the airport. (Watching “Rescue Me” was optional.)

A collective effort of this magnitude hasn’t been asked of us since World War II. I know some of y’all are about to click away from yet another tribute to the Greatest Generation by one of its boomer children. History is made up of small stories, not big names. My dad’s story offers a few examples for today.

He joined the Army in the spring of 1942 and was assigned to the Air Corps, which was part of the Army then. At the age of twenty-nine he was considered too old to fly, so he was sent to clerical / administrative training in Colorado, then to an air base in Salt Lake City.

When he wrote to his family back in Elgin, Illinois, he always emphasized that he was fine and, “there are a lot of worse jobs in the Army.” He used his great sense of humor to ease the strain of separation, telling his sister how the Colorado post was built in 1888 and still had a regulation that said, “…it was positively against all rules and stuff to shoot buffalo from the barracks window.” He added, “Being in the Army isn’t as bad as a lot of people seem to think, though I wouldn’t be mad if I could get into my blue double-breasted pin stripe suit again.”

What he wanted most was for my mother to join him in Salt Lake City, even if it wasn’t like their old home. “It will be swell having her out here, or wherever I am, and although it won’t be like the place we had, anything will do until this thing is over. Practically everything we have is in cold storage, furniture, car, boat, everything except dreams…if we can keep those out we’ll be okay, and I don’t think we’ll have any trouble doing that.”

A couple of weeks later he wrote to his parents, “There is an awful big show going on, and I’m glad to be a very very small part of it…All of this, like everything else, will come to an end some day, and if sitting here in this office pounding a typewriter all day and part of the night will help to bring that end about, this is where I belong, and I wouldn’t get out for anything, even if they’d let me.”

There’s not much I can add to that. Be safe and look out for each other even if you can’t hug each other. Don’t forget to laugh. This will pass. Take care.

I hope you enjoyed the movie as much as I did. You weren’t sitting in the theater, but you were with me the way you’ve been for fifty-plus years now, and especially since I heard about the film “Ford v Ferrari” a few weeks ago.

That title could’ve been taken straight from our lives. After all, our Ford and Ferrari battled it out on the racetrack many times. We also had a Mustang, a Corvette, and a Jag, but the Cobra and the bright red Ferrari were our favorites. And racing was racing. It didn’t matter that the track was plastic, laid out on a table in the basement, and the electric “slot cars” were only a few inches long.

We sure had fun down there. I remember hitting full power at the starting line, fighting to get around the loop without spinning out, tearing down the back stretch, and blasting through the last turn to the finish. I also recall when we saw a real race at the state fair, sitting in bleachers with those monster Indy 500 cars of the ‘60s screaming past us on a dirt track, the noise deafening and the dirt flying.

I didn’t care who won. Just being there was enough. We never kept score in the basement either, because there was always time for one more heat. Until that day in February when I was fourteen and suddenly there was no more time for anything.

For a long time afterward, I felt like I was driving on an endless course at night, running blind in the darkness. But as you taught me, I kept going and came out intact in the demolition derby that was high school. My career as a journalist and wordsmith required me to race plenty of deadlines, and I’m proud to say they haven’t beaten me yet.

I hope you’d be proud too. I doubt that I could ever match your integrity, your big heart, and especially your gift for salesmanship, which I need now that I’m peddling a novel. But I can tell you that both of us married loving, intelligent, funny, wonderful women.

I’d give anything on earth if we could all be together in our old living room with you playing the piano and my wife singing something like “Moon River.” And if somehow we ever did see each other again, I’ll bet the track would be there waiting. Let’s go. You can have the Ferrari. 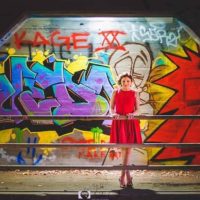